(Bro. Richard keeps in close contact with the Oblates there.  He provided an edited English translation from the Oblate Provincial in Haiti along with some photos.) 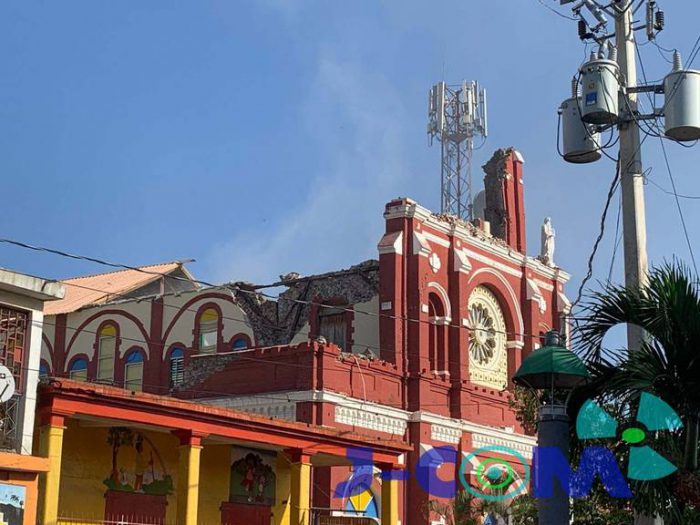 On Saturday, August 14, 2021, Haiti was rocked by a magnitude 7.2 earthquake at 8:29 AM causing extensive damage and over 1,300 casualties to date in the troubled island nation.  Unlike the devastating 2010 earthquake which hit the capital, Port-au-Prince, this latest quake’s epicenter was 75 miles southwest in the coastal towns of the country.  The city of Les Cayes was heavily impacted. The Missionary Oblates of Mary Immaculate have a large presence in Haiti.

From Fr. John Henault, OMI: “I’m okay here in Gonaives. House shook and a few cracks I had in the walls just got a little bigger. No real damage.”

From Fr. Michard Jean-Jacques, OMI : “It is worse than we can ever imagine.  The Church of St. Anthony of Padua in Fond-Oies is safe and sound by the Grace of God.”   (The church suffered catastrophic damage in the 2010 earthquake and was damaged in 2016 by Hurricane Matthew.) – ed.

The two employees at Mazenod Seminary referred to in the Provincial’s letter below were later found dead.

Click here to see a larger version of the letter