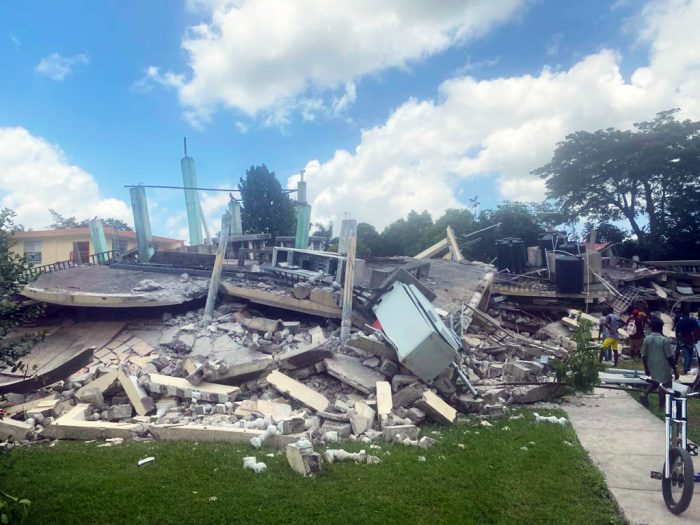 Life “will never be like before” in Haiti following this weekend’s devastating earthquake, said a local priest from the beleaguered Caribbean nation.

“It is very complicated for people,” said Oblate Father Eugène Almonor, chaplain of the Haitian Catholic community in the Philadelphia Archdiocese. “There is no place in the hospital to receive injured people.”

On Saturday, a 7.2 magnitude quake rocked Haiti’s southwest peninsula, killing at least some 1,300 and injuring more than 5,700 others. The earthquake occurred just 60 miles from where a 7.2 quake struck in January 2010, in which an estimated 220,000 died and upwards of 300,000 were injured. Rescue and recovery efforts are under threat from Tropical Depression Grace, which is bearing down on the island this week with flooding rains and 35-mile-per-hour winds.

According to the U.S. Geological Survey (USGS), both the January 2010 and Aug. 14 temblors centered on the Enriquillo-Plantain Garden fault zone, the region’s major fault structure and microplate boundary.

For residents of Haiti – the poorest nation in Latin America and the Caribbean, and among the most impoverished in the world – the latest quake only compounds a relentless series of disasters in recent years.

Less than six weeks ago, Haitian president Jovenel Moïse was assassinated in his home; his wife Martine, who survived her injuries in the attack, has told media that despite the arrest of 44 suspects, the plot’s true ringleaders likely remain at large. The judge overseeing the investigation stepped down last week after his clerk was killed.

Click here to see the rest of the article and more photos on the CatholicPhilly.com