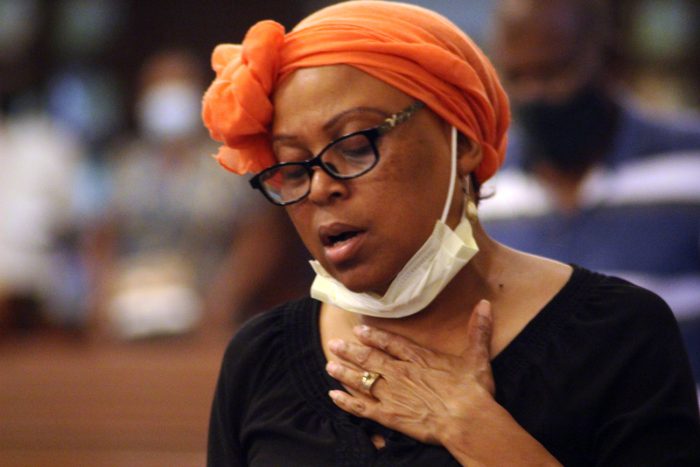 A woman sings during an Aug. 20 vespers service hosted by St. William Parish in Philadelphia to remember victims of a 7.2 magnitude quake that struck Haiti Aug. 14. (Gina Christian)

Local faithful recently gathered in prayer for Haiti as that nation grapples with the fallout from a devastating earthquake earlier this month.

Some 60 were on hand for an Aug. 20 vespers service in French and Haitian Creole led by Oblate Father Eugène Almonor, chaplain of the archdiocesan Haitian Catholic community, at St. William Parish in Philadelphia.

“For me and for the people here, it is a very sad moment,” said Father Almonor, a native of Haiti.

According to Voice of America, 18 people attending a baptism were killed in Immaculate Conception Parish church of Les Anglais.

Father Almonor said his congregation, the Missionary Oblates of Mary Immaculate (OMI), “lost all, including school buildings, churches (and) rectories” at its Les Cayes campus. The order reported no injuries, although two employees remain missing.