Within the context of the World Day of Prayer for the Care of Creation – September 1st, 2021-, a moment of inter-congregational prayer was organized by the OMI-JPIC office in the beautiful Oblate General House gardens at 4:30 pm on that day. The day also marked the beginning of the Season of Creation (Sept. 1 – Oct. 4, 2021). This Initiative was a joint venture of 3 Religious Congregations: The Marist Sisters, the White Fathers (Missionaries of Africa) and the Oblates. Therefore, the idea is that each Congregation take turns to organize a para-liturgical service on each Saturday in September, in their respective premises. 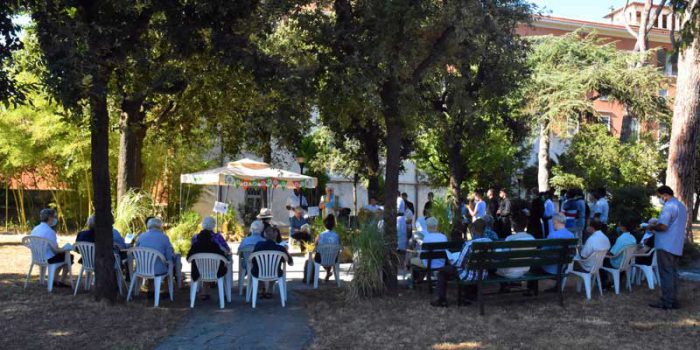 For the opening prayer service, some delegates from various religious communities in our vicinity were present, such as the White Fathers, the Claretians, the Marist Sisters and the Sisters of Our Lady. Sheila Kinsey, Co-Secretary of the JPIC Commission of the Union of Superiors General (USG/UISG), Sisters Alfonsa Kiven and Caroline Mjomba CFS, also graced the occasion. Fr. Mokone RATHOKOA, Superior of the Oblate General House community, on behalf of the General Administration, address some words to welcome the visitors and all the participants.

Later, to praise the Lord of Creation, the Scholastics of the International Scholasticate (IRS) sang a melodious “Rap” and everybody joined them in singing the refrain “Laudato si’”. 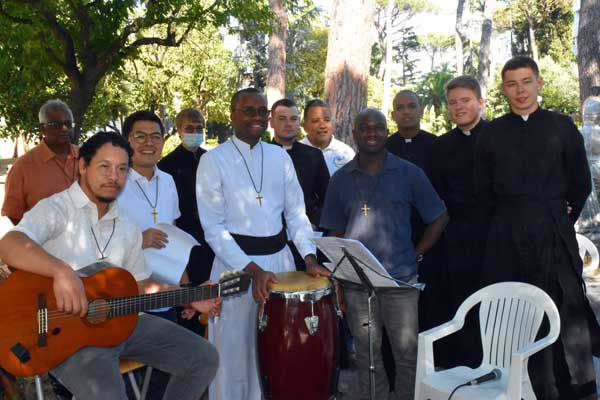 During this month of the Season of Creation we are also using the “Tent” as the symbol of Abraham’s Tent, and also as the sign of the Home (oikos) of God. Towards the end of the service, Fr. Roberto Villa together with two representatives from the White Fathers and the Marist Sisters, blessed the “Tent” that we had put up. It was a reminder that we are all in the oikos of God. He gave humans the ministry to take care of and to cultivate this shared oikos, so that the oikos of God might become a loving community, a community in which all beings are equal, though each has a different role. The oikos is a home for all but it is now in danger because of greed, exploitation, disrespect, disconnection and systematic degradation. 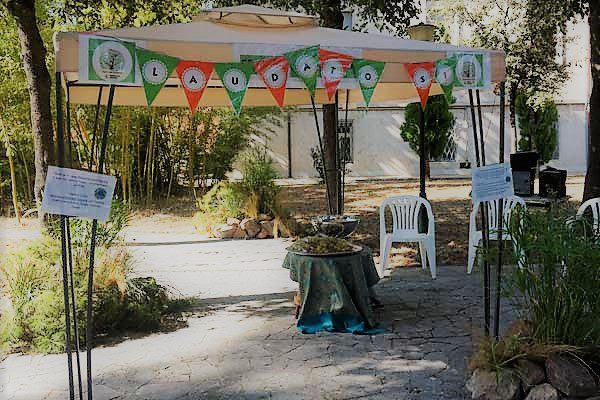 We are called to engage others in caring for creation, as Pope Francis invites us to do. World leaders need to address the issues of biodiversity and climate change. There is a big risk they might not commit to serious action that is needed to protect our planet. But it is not too late. If we act together, we can challenge world leaders to care for creation.

Therefore, the Season of Creation is a time to renew our relationship with our Creator and all creation through celebration, conversion, and commitment. It is an annual ecumenical season from September 1 – October 4 when we pray and act together as a Christian family for our common home. We thank our Father in heaven for giving us His “Tent” to live. We ask the Lord that all those who visit His Tent may use it for His service and for the good of all His people.

At the end of our celebration, we reminded the participants to write in our visitor’s book their impressions and their commitment to protect creation. After the ceremony, everyone was offered a piece of fruit to remind us that we live from the fruits of the earth, which at the moment are threatened by human activity. 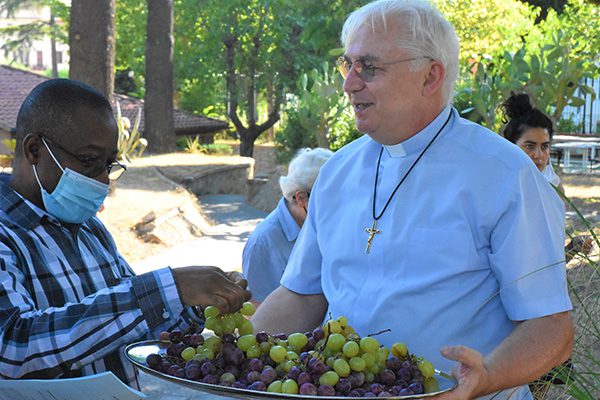