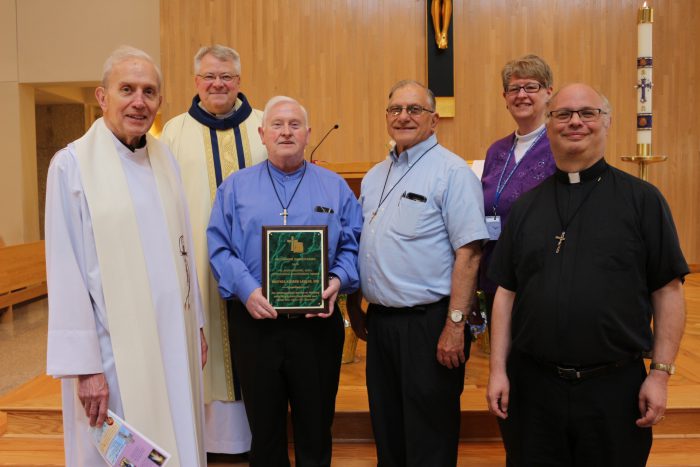 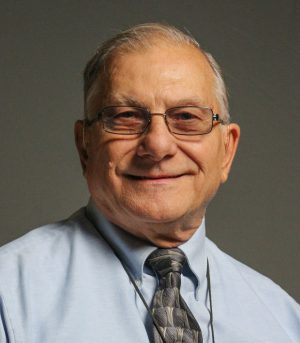 Brother Tom Ruhmann, O.M.I. recently celebrated his 50th Anniversary as a Missionary Oblate brother.  Over that time, he has remained committed to a simple yet important philosophy: “My life is being enriched because I am able to enrich the lives of others.”

Brother Tom’s journey of enriching lives as an Oblate began in an unusual way.  He grew up in the rural, southern Illinois town of Hecker with five brothers and three sisters.  In the eighth grade he decided he wanted to attend a prep seminary and inquired about enrolling at the one affiliated with the Diocese of Belleville.

Unfortunately, the Belleville Diocese had already accepted their allotment of students for that year at St. Henry’s Seminary.  So, the Vocation Director suggested he go there with the Oblates for a year and then he could transfer to the diocese the next year.

Those plans went by the wayside when Bro. Tom enrolled at St. Henry’s.  He immediately felt at home, and when it was time to transfer to the diocese, he said no thanks.

“I was attracted to the Oblates because of their strong emphasis on community living,” says Bro. Tom.  “It is very important to me to be able to share ideas, energy and talents in order to respond to the needs of the ministry you are called to.”

Brother Tom made his first vows as an Oblate in 1970.  Since then, he has worked throughout the Midwest in formation ministries, at retreat houses, parishes and leading an Oblate ministry providing spiritual enrichment to people with disabilities.

Brother Tom’s work in formation included assignments at an Oblate minor seminary in Carthage, Missouri, the Oblate novitiate in Godfrey, Illinois and with pre-novices in Omaha, Nebraska.  While in Omaha, Bro Tom earned a Master’s in Christian Spirituality from Creighton University.

Parish ministries took Bro. Tom to some of the more isolated missions of the Oblates in the United States.  Growing up in a small farming community, Bro. Tom felt at home in the slower, more personal missionary work.

In Orr, Minnesota he ministered at parishes in a town of just 800 people.  In International Falls, Minnesota he wasn’t bothered by temperatures that would sometimes dip to 40 below zero.  In Sisseton, South Dakota he ministered for three years on a Native American reservation.  The nearest McDonald’s was 60 miles away.

In 2005 Bro. Tom became the National Director of the Victorious Missionaries, an organization founded by the Oblates to provide spiritual support for persons with disabilities.  The VMs are based at the National Shrine of Our Lady of the Snows where Bro. Tom’s office has been for the past 17 years. 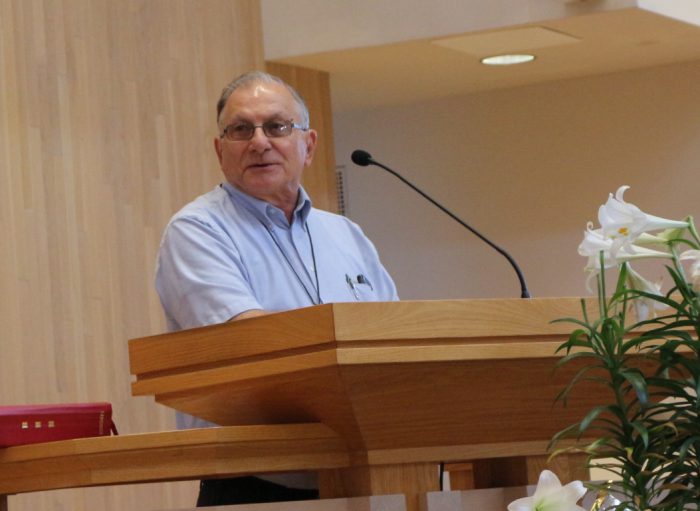 Bro. Tom speaks after a special Mass for the Victorious Missionaries

The VMs have six chapters throughout the United States. They meet regularly for spiritual growth, renewal and fellowships.  Members also take part in retreats and are called to a personal ministry of prayer and service.

“We are all called to develop our relationships with God and others,” said Bro. Tom.  “These relationships help us grow as persons and in our awareness that we are all beloved children of God.”

For more than 50 years, Bro. Tom has made countless people realize that they are beloved children of God.  He has been, and continues to be, a missionary of the Spirit.  Brother Tom has lived an enriched life, while enriching the lives of others.