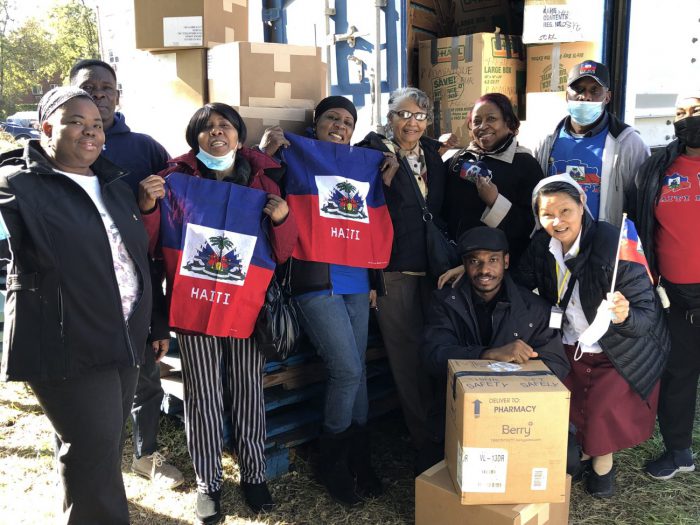 As the U.S. government urges its citizens to leave Haiti due to spiraling instability, area Catholics are sending a container of badly needed goods to the beleaguered Caribbean nation.

On Nov. 6, some 10 members of the local Haitian Catholic community loaded an array of medical supplies, clothing, non-perishable food, toiletries and basic furniture into a 20-foot sea container for shipment to Port-au-Prince.

The archdiocesan Haitian Apostolate began collecting the items in mid-September as part of a donation drive at two Philadelphia parishes, St. William and St. Barbara, both home to the area’s 3,000 some Haitian Catholic community members.

Also coordinating the initiative were the archdiocesan Office for Pastoral Care for Migrants and Refugees and Catholic Social Services (CSS), with the latter agency covering the estimated $7,000 in ocean shipping costs for the container.

Now in residence at St. William Parish in Philadelphia, Father Almonor said that conditions in his homeland are extremely dire.