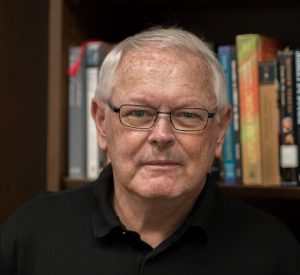 Throughout the years that I’ve been writing, I’ve received lots of criticism. Sometimes it’s bitter and mean-spirited and I tend, then, not to respond to it, believing that things are furthered by familial conversation, not by a fist fight.

Sometimes, though, the criticism is sincere, thoughtful, and genuinely challenging. One such critique has to do with my approach in general: “Why,” people sometimes ask me, “do you write the way you do, invariably with some kind of secular bent? Why don’t you focus more on catechesis, on teaching church doctrine, on explaining the creeds, on defending the church’s position on moral issues such as abortion, and on doing apologetics for the church?”

Fair enough. The Christian community needs these things, particularly today when many Christians, including regular churchgoers, lack clarity about what they are supposed to believe and lack the tools they need to explain and defend their beliefs in the face of an ever-growing number of critics.

So why do I write the way I do? Why, as my critics put it, “the invariable bent toward the secular”?

My answer: Because I am trying to be a missionary and missionaries have been asked, by Jesus himself, to leave the ninety-nine and go after the one.

Allow me an image:
Midway through his pontificate, John Paul II instituted World Youth Day. When he first proposed this concept, his advisors were pretty skeptical: “Young people aren’t going to come out to see an old man,” they said. But his critics were wrong, and in a huge, huge way. His meetings with youth brought together some of the largest crowds ever assembled. Millions of youth gathered to pray with him.

I was living in Toronto when World Youth Day was held there in 2002 and I joined with the nearly one million young people from around the world who gathered to meet with John Paul II. And it was a wonderful, graced event.

That’s not a commentary on John Paul II, this event, or the church, but a commentary on the lived reality and attitude of the majority of persons, including the majority of baptized Christians today, at least inside of our highly secularized culture. Those people who were indifferent to, or turned off by, World Youth Day, are the “strays” that Jesus told us to search for lovingly in the desert, even if it means not being able to focus as much as we’d like on the ninety-nine who are being faithful.

Please don’t misunderstand this: Those who are faithful and practice regularly, the million who show up for World Youth Day, need to be nurtured and fed — with doctrine, catechesis, clear moral teaching, and the apologetic tools they need to explain their faith to their over-zealous critics.

But Jesus’ mandate is still there: Leave the ninety-nine who haven’t strayed and go after the one who has strayed. Today, however, the default seems to have shifted and it’s perhaps more a case of leaving the one and going after the ninety-nine.

And this requires that our teaching and preaching, and our reaching out to the world in general, must contain more than only catechesis, explanations of our creeds, clarity around dogma and morals, and even the repetition (however valid, needed, and timeless) of the language of Scripture and the creeds. Those things need to be done, but that is only part of the task. The other part, equally needed and perhaps more difficult, is the task of relating these things (Scripture, the creeds, our dogmas, our moral teaching) to the energy, the color, the endeavors, the longings, the health, the sickness, the virtues, the sin, the beauty, and the pathos of our world.

More and more people feel themselves thoroughly disconnected from our church circles and our church language, and the fault isn’t all on their side. We need missionaries to the world, people like Henri Nouwen, who can stand solidly within the church and invite the world, with all its desires and grandiosity, to join us, not as adversary but as family.

And the language we need to do this isn’t simply out there, in our catechisms and dogmas, to be picked up and deployed. Much of the language we need has to be created anew by our own generation which, like every generation, needs itself to eat God’s word, digest it, and then enflesh it so that God’s written word becomes a living word, inside our own flesh.

I don’t claim to have accomplished this, nor to be anybody’s expert, but I do know that Christ’s mandate is to reach out to the world and not just to those who are coming to our churches.