The new general delegation, BOLPER (Bolivia – Peru), arose because of the changes that have been taking place in the congregation since the General Chapter 2016’s amendment of Rule 98.b which requires the provinces to have a minimum of 60 members. Since the former province of Bolivia and the former general delegation of Peru had small populations of Oblates, both entities required a move toward unity in view of strengthening and renewing their missionary commitments and community life. Meetings between the leadership of the two units had already been initiated since 2002, but unfortunately this was interrupted.  However, it seems that history wanted to assimilate them in a new way.   January 2019 provided the opportunity to restart a dialogue, in the city of Iquique – Chile.  This meeting fortuitously energized an act of good intentions by the leadership of both units, of which the Superior General was informed.   Fr. Loudeger Mazile, OMI – former General Councilor for Latin America, attended this meeting as representative of the General Administration.

The Superior of the Delegation, Fr. Roberto Carrasco OMI

other Oblates from Canada arrived as missionaries in the Oblate unit of Chile.  This makes the initial histories of Peru and Bolivia very similar in vision and mission.

At various times the Oblate missionaries in these units spoke of the socio-cultural coincidence that exists between the two countries, being countries of Andean-Amazonian origin, especially the common origin in the Andean culture. 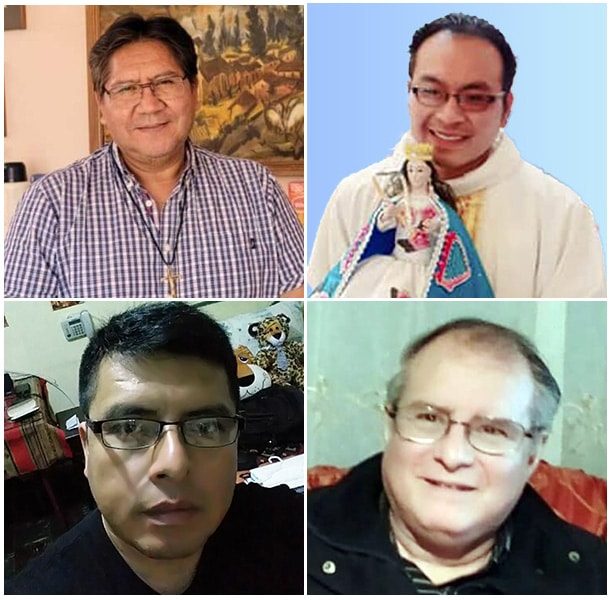 Since the initial meeting in 2019 in Chile, the leadership of the two units has been working together to establish statutes and a common understanding.  They were assisted by Bishop Alberto Huamán, former general councilor, and Fr. Cornelius Ngoka, assistant general for formation.  The BOLPER statutes were approved and the new General Delegation was erected by the Superior General in Council on April 29, 2022, with the official date of inauguration on May 21, 2022, the feast of St. Eugene de Mazenod.  The Superior of the Delegation, Fr. Roberto Carrasco, and his council took office on this date.  As a General Delegation, BOLPER is directly under the authority of the Central Government, as per Constitution 112 and Rule 112 a.

Our prayer and wish are that this new reality will be a source of renewal, a new beginning for the life and mission of the Oblates, at the service of the poor and the most abandoned.