Thanks to the good Lord, St. Eugene de Mazenod and the Regions and units that participated in the preparation, the 2nd Oblate Lay Association Congress went ahead as planned from 27 to 29 May, 2022. It had been postponed because of Covid last year and now  this meant there was more time to prepare and also the enthusiasm and expectations were really heightened. Thanks to our facilitators, technicians and translators. the main conference room here in Rome was set up like a studio and we had good participation from the members of the community and also the IRS (International Roman Scholasticate).

After prayer and theme song from the Philippine Province and a simple Opening Ceremony,  Fr. Fabio Ciardi OMI began with giving a historical perspective of the Lay Associations in the Missionary Oblates of  Mary Immaculate. Then followed a time of CELEBRATING the Lay Associations with each region  presenting something of their life and experiences. Of course it was impossible to put everything into a presentation so the regions could pick some events that they wanted to present. There was also time to hear responses from the regions/units that were gathered live at the same time.

Here is a list of those gathered either by zoom or livestreaming.

Many other groups we wish to welcome who are also joining us on line: 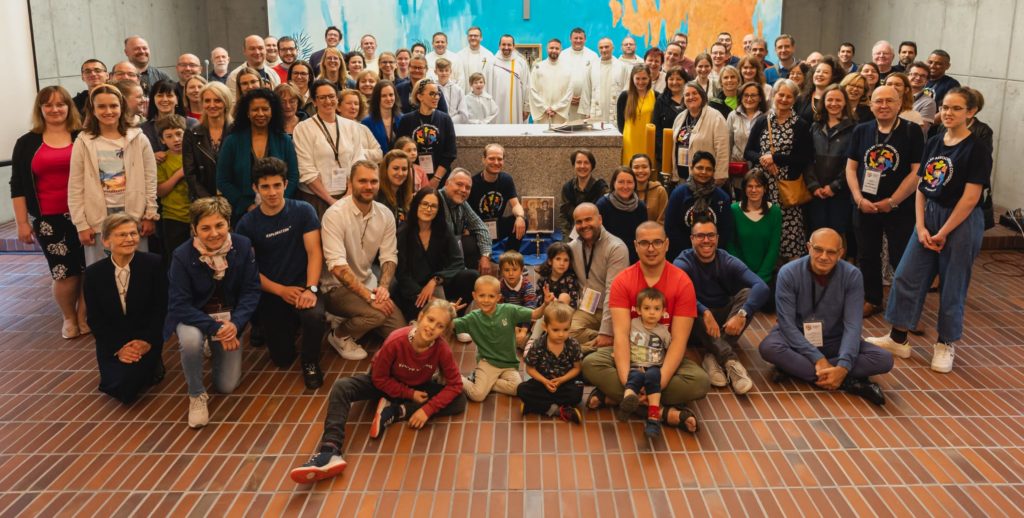 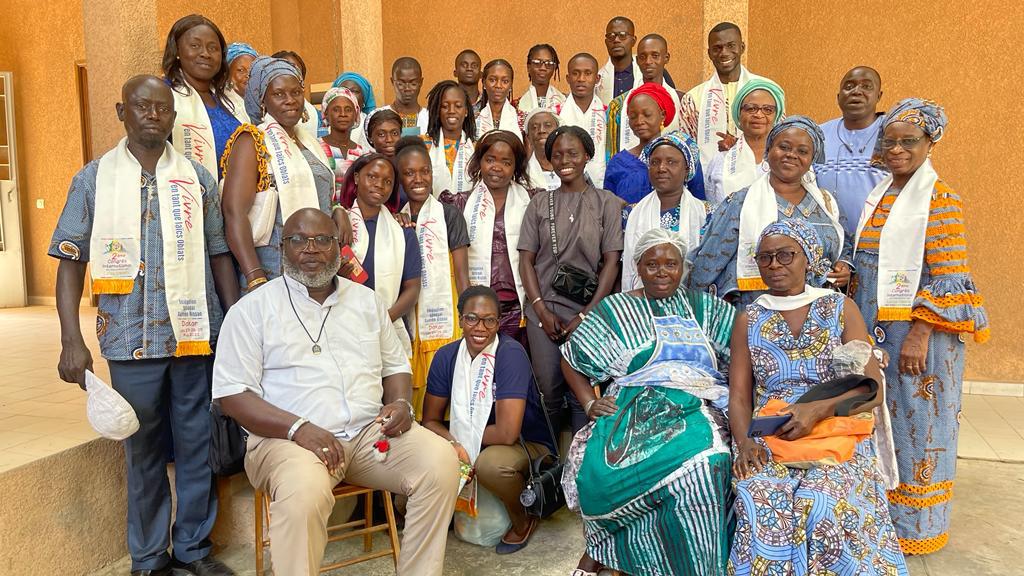 With the theme of CONNECTING  it was a heavy day with 15 presentation by various speakers. After prayer presented by the Latin America Region, there were The experience of laity involved in Historical Gatherings  around the charism.

After these presentation  a break was needed before we continued with the next set of talks. The time was going fast and the interest was still there to hear more and learn more.

So Day 2 gave many insights of what is happening and how people are living and working together as Oblate People. 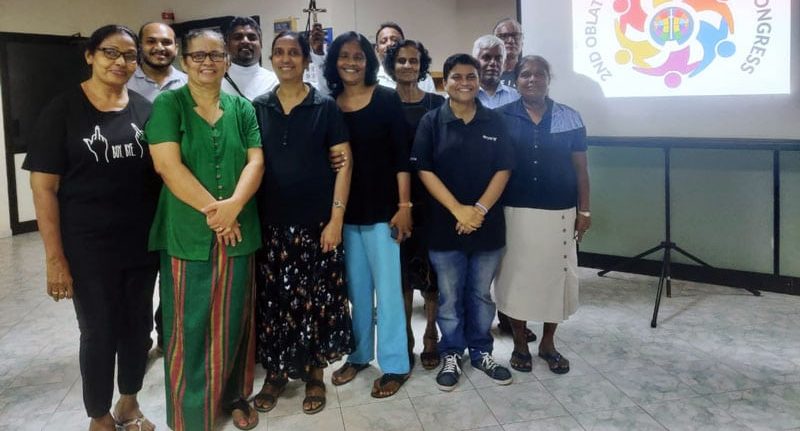 This day was like a climax in a sense that as we try to be listening to the various realities of the Associations across the globe we heard the responses from the questionnaire or workshop on the future.

As usual the day started with a moment of prayer presented by the Africa Madagascar region follows by a keynote presentation by Fr. Frank Santucci entitled : “Committed in Oblation as laity in responding to the urgent needs of the Church”.

After that we listened to reports from the regions of Asia Oceania presented by Jacinta Torres Pueyo, then from the European Region presented by Patrick, Goshia (Malgorzata) and Gerard Bennett. From Africa Madagascar the francophone sub-region we listened to Madeleine Ndour  and from the Anglophone sub region we heard from Philile Ndaba. We then heard some responses about what did they hear, and impressed them. First impressions were from Canada USA and we listened to Joanne Friedt from Lacombe followed by Maritza Nova Delgado from Venezuela responding from Latin America.

We were going according to the scheduled time so well  that after the  break we took time out to greet and say Hello and wave to the different groups that were there live. But, unfortunately we couldn’t  say hello to all the groups gathering. 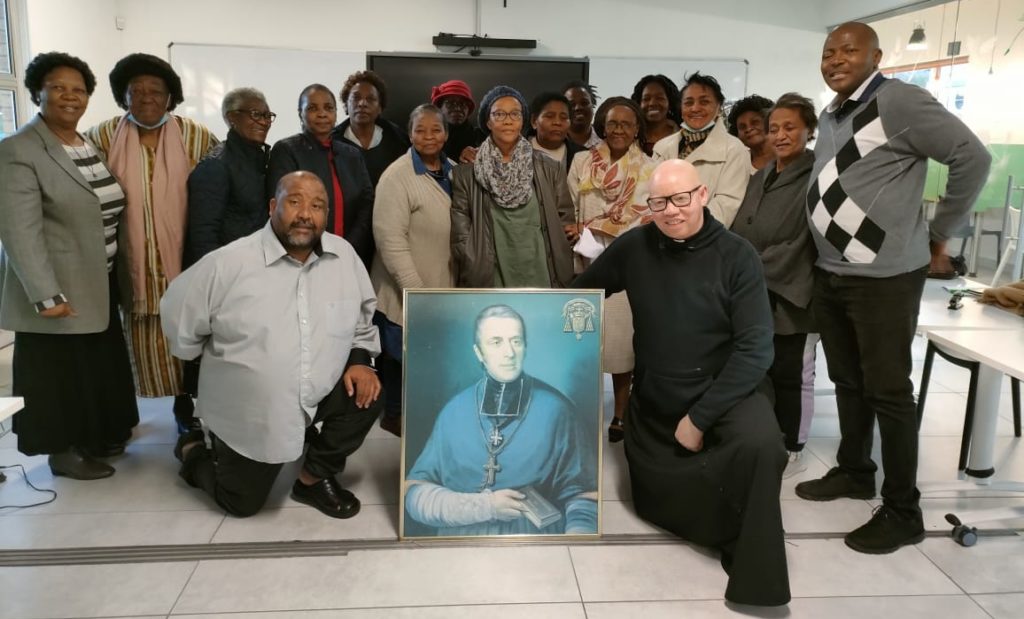 Back again to listen to the reports for “looking to the hopes and dreams for the future” and we had Francis Maza  from Canada USA  with the 3 voices by video Francis Masa himself  followed by  Michelle from the USA then  Jesse Lopez from USA. From Peru we heard the report from Mili Roxana  from Chincha,  Peru for Latin America.

After that we heard impressions from  Edwige Manga from Dakar, Senegal  then English speaking sub region we heard from Valentine Wakumelo  from Zambia from Asia Oceania and Pat Forters from Manila, Philippines gave her impressions. Andrea from the European region closed the impression session.

Then Fr. Peter STOLL gave an extensive list of those who truly needed to be thanked for their presence and support for making this congress possible.

Fr. Louis LOUGEN, Superior General (after eating a piece of dark chocolate!) gave his final and positive response to all that had been done for the congress. He saw it as a movement gathering as the Oblates head to their up and coming  chapter in September this year.

A final liturgy from the Aix community lead by Fr. Henricus ASODO from the rooms of the former Carmelite convent which became the founding house of the first community of Oblates.

And finally the blessing for all given with the Founder’s  cross by the Superior General brought the whole 3 days to a wonderful ending.

Thanks again to all who made possible  this 3 day international Oblate Lay Associations Congress.

See you next time!