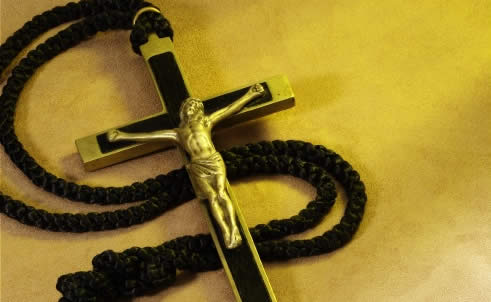 In 1816, the Church in France, suffering the effects of the French Revolution was in need of revival. Responding to this need, Fr. Eugene de Mazenod called together a group of priests whose main purpose would be to preach the Gospel to the poor working people of southern France. Other priests, drawn by the work of these men, soon joined the group and in 1826 they received papal approval as a Religious Congregation under the patronage of Mary Immaculate.

Fr. de Mazenod eventually became the Bishop of Marseilles. At his death in 1861, 400 Oblates were working in Europe, Asia, Africa and America. Today, over 4,000 Oblate priests and brothers work in 68 countries, on every continent.

The word OBLATE has the same origins as “oblation”. It means a person whose life, by special dedication, is offered in service to the Lord.

There are four priorities which capture the Missionary Oblate vision:

• We are committed to carrying the gospel to others, with special preference for the poor and those on the margins of society.

• We recognize that the roles and responsibilities of lay people in the Church are significant, encouraging the leadership of the laity in our efforts.

• We work for justice and peace, striving to address the economic, political and social structures which affect the lives of our sisters and brothers world-wide.

• We commit ourselves to programs which foster our own renewal as Missionaries in today’s world, forming communities which give life and sustenance to one another.

We are men of mission, prayer and community, seeking to get close to people, to experience their hurts and dreams, their fears and joys.